Last month has been a pretty busy one. I flew to Toronto on the 13th and before that I rushed to finish my How to Make the Best Healthy Vegan Popsicles e-book in time before I left. I'm so excited about the e-book guys. Hope you like it!

I really enjoyed my time in Toronto. I went to a Justin Bieber concert on the 18th which was so much fun. I was on the floor level and it was magical. The food in Toronto was also great (nothing compares to New York, though) and I hope I can put together a post for you about where to eat in Toronto. I didn't really take any pictures of food with my DSLR but I'll try to put the post together anyway because I know some of you may find it helpful. I was kind of surprised there was only one Wholefoods in Toronto! Such a bummer. But there were a lot of small grocery stores with healthy food so that made up for it. More about that in my Toronto blog post! Anyways, let's get to the favorites! I also share a couple of pictures from Toronto with you. :)

Anyways, let's get to the favorites! I also share some of the pictures I took in Toronto at the end of the post. :)

Click on the photos below to see the recipes↓

Songs I couldn't get out of my head:

Books I couldn't put down:

Hopes and goals for June:

I need to develop a lot of recipes this month for the blog, because in July, I'm starting a new job at Ralph Lauren which is exciting. I have training the last week of June so I need to get ahead with the blog in case life gets busy. Expect lots of summer recipes! :)

And now let's get to the photos! The first one is of the CN tower (obviously) from this small bridge named Amsterdam from which is supposedly the best view of it. You still can't see the whole thing but it's still pretty nice. The second one is from this Railway museum nearby, it's a picture of an old locomotive. Cool, isn't it? The thurd one is on the CN Tower, and the last one is again a photo of the CN Tower from the lake Ontario.

Some of the links in this post are affiliate links. I get a small commission when you buy something through those links. It doesn’t cost you anything extra but it helps me to keep this blog up and running. Thanks for your support! 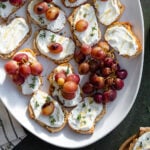 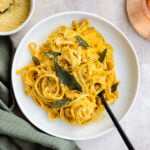