If you love smoothie bowls, raise your hand! I hope you did because I have an amazing one to share with you today. It's full of amazing nutrient dense foods with the addition of chlorophyll (and protein!!) rich spirulina. Hence the name — Superfood Spirulina Green Smoothie. Let's dive in and hopefully also dig in ASAP! Can we take a moment to appreciate the pretty little wooden bowl I served this smoothie in? SO CUTE. I bought it in New York last December though it wasn't until recently that I started using it. I'd been looking for a pretty wooden bowl for my smoothies for so long that when I saw this one at Wholefoods I couldn't leave without it. I actually also bought a bigger version which you can see in two of my posts already! First, it made an appearance in my Cheesy Vegan Popcorn recipe post and then I served the best kale chips in it. I have yet to serve a salad in it but it ought to happen soon because it's just too pretty not to, right?

If you're craving even more smoothie goodness (and more photos of this pretty bowl ), check out the Cacao Reishi Green Smoothie I posted last week. Can you tell I'm on a green smoothie kick? I actually just took photos of another green smoothie recipe for you guys. I just can't help it. Is there such thing as too many smoothie bowls? Nope, I don't think so. Let me tell you why you should make this smoothie other than to bring more deliciousness into your life. Don't believe me that a green smoothie can actually be delicious? Just try it, I dare you.

If you've never tried spirulina before here's a few things you should know:

I also include Chlorella powder in the recipe which is optional but just as awesome. It contains even more chlorophyll, as the name suggests (10% of it's weight!).

And the last reason why you should make this is that it's super easy. It's literally only about throwing stuff into a blender and pushing a button. It really couldn't be easier.

I really made myself crave this smoothie tbh so I'm off to the kitchen to make it. YAY!

PS: You should too, just sayin'. 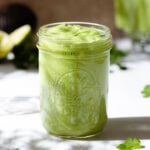 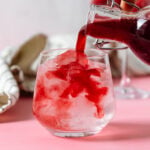 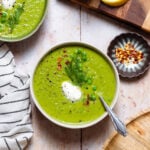 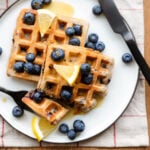